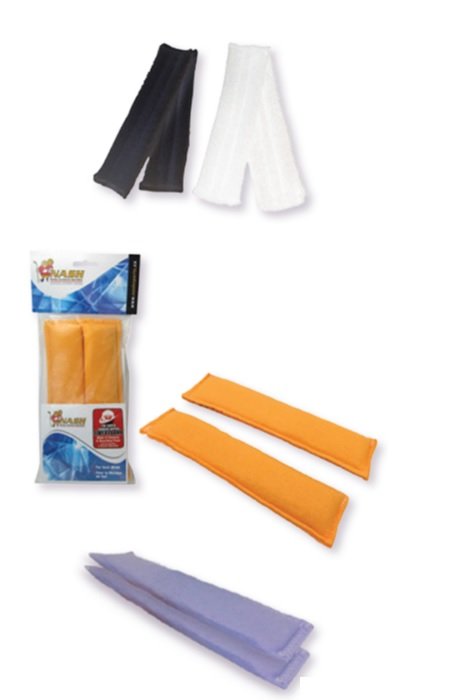 Nash Goalie Mask Chamois Sweatbands are sold in a two pack, and simply put, are arguably the best sweatbands in the game of hockey today. Nash Goalie Mask Chamois Sweatbands are used by many professional goaltenders and absorb more water than traditional terry-cloth sweatbands. Made of premium chamois, these sweatbands will easily Velcro and stick in almost any hockey goalie helmet and are built with a unique foam core to absorb as much moisture and sweat as possible... the less of both of these dripping down your face on the ice, the better! It is always nice to have a few extra dry sweatbands if you are playing often or in tournaments.


SWEATBANDS | Package of 2 High quality sweatbands that soak up the sweat! Made with terrycloth and foam. Black or White.